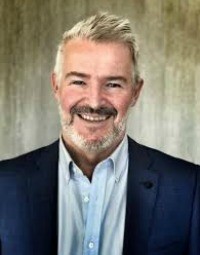 Matthew Johnstone has written, illustrated and photographed nine books, six of which have been local and international best sellers.

Matthew is a passionate mental health and wellbeing advocate he spends much of his time on the speaking circut.

Matthew has done creative consultancy for the Black Dog Institute, The Golden Door Elysia, Geelong Grammar, the government of Norway, CommBank, Sydney Trains and many other major corporates. He develops and delivers illustrated programs, videos and talks on mental health, resilience and wellbeing.

His work has been endorsed by Stephen Fry, Edward de Bono, the World Health Organisation and Google. He was one of 6 finalists in the prestigious 2018 Australia Mental Health Award sponsored by the University of NSW.

Matthew Johnstone is a passionate, well seasoned keynote speaker who has delivered talks all over Australia and the world.

He has addressed 87 countries at the World Health Organisation in Geneva on the power of imagery in telegraphing mental health and wellbeing strategies. He has done book and speaking tours of Iceland and the UK, as well as delivering a series of talks to Google in New York. Whether it’s a keynote, a workshop or a breakout session, Matthew is happiest when he is inspiring others to a live a life fully with wellbeing, meaning and purpose.

Matthew was brought in to start each day, during a 2 day executive master class in digital brand building in New York. Matthew engages audiences big and small with warmth and authenticity as he shares his own story and helps the room ground in a bit of peace and mindfulness. His illustrations are simple, powerful and add visual stimulation. If brought on for a lengthy session on ‘centering’ or a talk on the journey of career / life, Matthew has much to share.

Matthew is an inspirational speaker and an equally inspiring person. His passion for increasing awareness and understanding of mental health issues, building resilience and learning how to stress less is infectious. He had our audiences not just enthralled but up and sharing their own experiences - something that doesn’t always happen in corporate settings. Matthew’s honesty and generosity in sharing his own experiences with mental health issues can only help break down barriers and stigmas and encourage more of these important ‘mentally healthy’ conversations. His story telling ability both verbally and through his beautiful artworks is utterly engaging and he somehow makes very complex and difficult issues seem simple and entertaining. He shines a light at the end of a dark tunnel many people are stuck in. I highly recommend Matthew for any speaking engagement.n