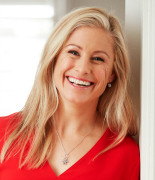 Alisa currently lives and works in Hong Kong with her family, where she is an in-demand keynote speaker and corporate consultant, assisting both small and large organisations to achieve repeatable sustainable success through a focus on resilience, mindset and improved human performance. Alisa is a highly experienced Non-Executive Director working across the sectors of Sport, Health, Government, Education and Philanthropy. She is presently a Director of the Olympic Winter Institute of Australia and the Royal Children’s Hospital Foundation, and previously held the roles of Chair: Australian Sports Foundation, Deputy Chair: Sport Australia (Australian Sports Commission), Director: Collingwood Football Club and Director: Methodist Ladies College. Alisa spent 16 years as a global executive with IBM from 1996-2012, leading both Sales and Delivery teams across AUS/NZ and was head of Strategy & Transformation for IBM Global Technology Services UK & Ireland.

Alisa co-founded the charity Finnan’s Gift in 2011 raising $2.5M to date for pediatric cardiac care, she is also a member of faculty at the Cranlana Centre of Ethical Leadership, the China/Australia Ambassador for Sport, the Mental Wellbeing Ambassador for AIA Insurances’ Vitality Program across Asia and the first ever female Patron of the Collingwood Football Club.  Still very active in Australian elite sport, Alisa was the Australian Olympic Committees’ Performance Manager to the 2018 Australian Winter Olympic Team and Chef de Mission for the 2012 Australian Youth Winter Olympic Team. Holding a Bachelor of Information Technology and a Doctorate from Edith Cowan University honoris causa, Alisa was awarded the Order of Australia Medal in 2007 and became a Member of the Order of Australia in 2018.

The 'real life' story from Alisa is both inspirational and compelling by nature. The true grit, determination to succeed, personal sacrifice and humanity of her journey were delivered with humour, pathos, and a conviction that resonated deeply with our audience. If the tears and laughter were any indication of how successful her delivery was, then the I guess the long line of those wanting to meet her personally was not surprising. Alisa ticked every box on our wish list for this important event.

I just wanted to say that your presentation this morning was amazing. I felt like we all went on a rollercoaster journey of emotions with you - from the lows of being injured through to the ecstatic highs of winning your medals - and then through to the most incredibly honest and heartfelt account of your time with your beautiful son. I go to a lot of these breakfasts and can honestly say that I have never been in a room full of people who would normally answer phones, check messages or get up during the presentations, who sat completely still and captivated by your every word. There was certainly not a dry eye at my table by the time you had finished and I have no doubt this was shared across the rest of the room. Anyway, I just wanted to congratulate you on such a captivating and entertaining presentation - and for having the courage to share your amazing stories with us all.

One word - AMAZING! Alisa’s ability to overcome adversity, physical, mental and emotional challenges really left the audience inspired, motivated and ready to lead! The breadth of the presentation was phenomenal. She was able to share and freely talk through extremely personal stories in a professional manner which made a huge impact on the audience. Alisa was able to share her sporting accomplishments and relate her learnings and the tools she used during this time to the corporate working environment. She brought fantastic personality and authenticity to the presentation which helped keep the audience connected and sitting on the edge of their seats!