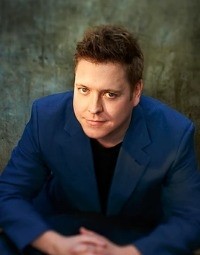 Born and bred in Sheffield, South Yorkshire, Jonathan Holloway has spent the last twenty years travelling the world as a Festival Director, chief executive, educator and cultural leader. He has helped transform great organisations and cities through exhilarating art and irresistible spectacle, from London’s National Theatre to major international arts festivals in Europe and Australia.

In 2012 he opened his first Perth International Arts Festival with a spectacular that saw 30,000 people dance in the streets as angels and two tonnes of feathers descended from the sky.

In 2015 he masterminded the largest single arts event Australia has ever seen, when 1.4 million people stopped what they were doing for three days so they could walk with giants through the main streets of Perth.

He is currently the Artistic Director of Melbourne International Arts Festival, the flagship arts event of Australia’s cultural capital. The Sydney Morning Herald hailed 2017 as “the strongest Melbourne Festival in years... only the brilliance and daring of festival director Jonathan Holloway’s programming made it possible, and if you didn’t see it, you missed a landmark theatrical event”.

Jonathan has consistently used giant thinking and inspiring storytelling to massively increase audiences and profile, to lead large teams and to raise tens of millions of new dollars.

Jonathan transformed a street performance into a discussion on IT, systems and infrastructure with insight, humour and enthusiasm.

A great orator and teller of stories, he has that unique ability to create wonder in audiences. Jonathan has presented to our employees on many occasions and they always come out saying ‘that was amazing, really enjoyed the presentation and the humour’

Jonathan Holloway’s lessons and reflections will re-focus your team on what’s important in perhaps the most engaging and entertaining way you’ve experienced for some time.