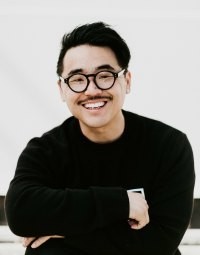 Matt Purcell is a regular guest on popular television programs Australia wide, awarding winning entrepreneur, an Australian of the Year Nominee, a social media influencer, business coach with Mark Bouris, an accomplished speaker, author, and life coach, however, Matt’s life wasn’t always one of accolade and success. In fact, Matt was born in a small town in South Korea called Cholla-Bukto to a young mother who was unable to raise him.

After giving birth to her son, the young mother put him up for adoption, which led to Matt being adopted into the family he knows and loves today.

Understanding how fortunate he is to have been adopted into an Australian family, and raised in a loving and safe environment, Matt’s life goal has been to give back, and to help young people who might feel as though they don’t fit in to learn to understand themselves, and overcome the negative emotions and mindsets that can hold them back.

In 2017, Matt received a diploma qualification in Life Coaching, and since achieving this qualification, Matt’s one-on-one and group life coaching sessions have been in high demand.

Further to life coaching sessions, Matt is often invited to schools, training centres, and youth events to speak to teenagers, and younger Australians about understanding mindfulness, mental health, goal setting, and focusing on positive decision making. He is an in-demand speaker, who is often invited to deliver keynote presentations at conferences, or seminars across the country.

Not to be outdone, Matt is also an accomplished solo-musician, who has sold more than 50,000 tracks online, and has played alongside some of Australia’s most successful artists including Jimmy Barnes, Renee Geyer, Stan Walker, and Evermore.

In May 2018, Matt released his first book, Life Hacks for Mindful Living, which is designed to be used as a tool in better understanding and increasing positive mental health, while delving into and unpacking key strategies to help young people understand how to become more mindful.

Matt is doing some great things in the world!

Matt is a young guy who’s got it got his sh*t together!

We can’t thank Matt enough for his efforts.