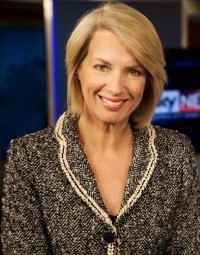 Helen Dalley is one of Australia’s most experienced and highly respected journalists and interviewers. Helen is an award-winning television journalist – as a reporter, interviewer and presenter on the Australian national Nine Network for two decades. She is now Host of Late Agenda with Helen Dalley, a national weekly political and current affairs program on Sky News Australia, Australia's 24 hour subscription TV News Channel, as well as Host of Business View on Sky News Business Channel.

She co-hosted Sky News’ 2007 Federal Election coverage, from the Tally Room in Canberra, and been involved in the 2010 Federal election coverage. She has also hosted Sky Business Channel's Federal Budget coverage.

Helen has interviewed many hundreds of business and political leaders, and recently interviewed former UK Prime Minister Tony Blair on stage before a live audience, at the Sydney Convention Centre, as part of Mr Blair's sell-out 2011 Speaking Tour of Australia.

Helen was a senior reporter, and alternate host on the well-regarded, agenda-setting Sunday program on Channel 9, for 16 years. Before that, Helen was also a founding member of the Nine Network's Business Sunday as a reporter and occasional presenter. As a finance journalist she interviewed many CEO’s, economists and senior politicians about the economy, the Budget and a variety of business issues. She has also played a major role in Nine’s live coverage of both Federal and State Elections, as a facilitator and panel interviewer.

Helen hosted the 9 Network’s continuous coverage of the 2003 Iraq War and the aftermath of the September 11, 2001 attacks on New York and Washington. Her work has also featured on 60 Minutes and A Current Affair, and she has hosted Today, A Current Affair Summer Edition, Today On Saturday, and Nightline on the Nine Network.

Helen has won numerous awards. In 1999 Helen won a coveted Walkley Award for Excellence in Broadcast Journalism. She has also been a Walkley Awards Finalist.  Other major awards include the 1994 United Nations Media Peace Award for her story on Mabo, and the 1996 Michael Daley Award for Best Television Feature/Documentary for Information Superhighway.

Helen won the prestigious Human Rights Award for Television, for her story "Solutions for a Secret Shame", about the tragic crisis of Aboriginal domestic violence and alcohol abuse in 1998. She has also won several medals for her work from the New York Festivals. She has twice been short-listed for the Queensland Premier’s Literary Awards, in 2004 and 2005.

Helen's broad experience in journalism includes being a sports writer for The National Times newspaper and beauty editor for The Australian Women's Weekly. She also wrote a series of feature articles on leaders for The Weekend Australian. She is an occasional Columnist for the Sun-Herald newspaper.

Helen is Patron of Osteoporosis Australia.