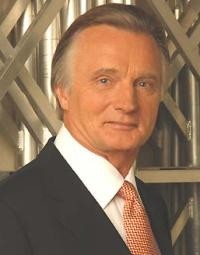 Few living writers anywhere in the world have travelled as extensively or gone to as many extremes for a story as Dr Jeff McMullen AM.

In 2007 Jeff McMullen made a return to ABC Television as the creator and host of the discussion series, ‘Difference of Opinion’, which brought first rate minds to the challenges of global warming, water shortages, peak oil, alternative energy sources, changes in food production and development of new infrastructure.

This 33 part series also examines the greatest social challenges facing Australians including the crisis in Aboriginal health and education. After over 40 years as one of Australia’s best known and respected journalists, McMullen’s bestselling book, A Life of Extremes, captures not only a life of high adventure but how this storyteller literally has gone to the ends of the earth in pursuit of the truth.

At 18 he was the youngest ABC foreign correspondent of his day, reporting from Papua New Guinea, then at 20 from Indonesia, Singapore, Thailand, Malaysia and India. At 24, McMullen began twelve years in the United States, first as the ABC’s New York correspondent, then Washington correspondent.

He covered the military coup against Salvador Allende in Chile and the major political story of his era, the Watergate scandal and the impeachment proceedings against President Richard Nixon.

Later, as a roving reporter for ‘Four Corners’ based in New York, he travelled through the old Soviet Empire as it crumbled and produced a trilogy of documentaries from the war zones of Central America, winning a United Nations Media Peace Prize. His film making about the impact of colonization and displacement of Indigenous people began in the Amazon and North America.

On Sixty Minutes McMullen turned his cameras on the inequity and lack of health and education afforded to Aboriginal Australians. As CEO (gratis) of Ian Thorpe’s Fountain for Youth, Jeff McMullen has spent the last seven years helping build an alliance of people determined to achieve improvements in the health and education of aboriginal children.

Working with Aboriginal doctors and teachers McMullen and Ian Thorpe have been helping develop strategies to improve maternal and infant health, with life-empowering education as the key.

In 2006 McMullen was honoured with an Order of Australia award, for service to journalism and efforts to raise awareness of economic, social and human rights issues in Australia and overseas, as well as service to charity.