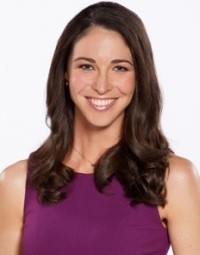 With her trademark million-dollar smile firmly in place and an Olympic Gold Medal and World Record to her name, Giaan Rooney is in winning form.

Her natural beauty and ability to engage are almost trumped by her enormous energy for work. It is not surprising that her career has been jewelled with success. As a former darling of Australian Swimming, Giaan holds medals at every level of competition, including Olympic Gold and the Medal of the Order of Australia.

In 2013 Giaan became a presenter for Channel Seven after spending 6 years with Channel Nine where she was involved across a range of shows including being a co-anchor of Wide World of Sports, presenting stories on Getaway, Postcards, the 2010 Winter Olympics, 2012 London Olympics and Nine’s Spring Racing coverage.

She is an Ambassador for CareSuper and Eureka Street Furniture and is heavily involved in community initiatives, such as the Nelune Foundation and the Lort Smith Animal Home. Giaan is an accomplished speaker and MC.