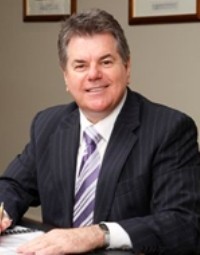 Trevor Jenkins is one of Australia's most respected radio and television sporting broadcasters and presenters having just reached the milestone of thirty years as sports presenter on ABC television.

In a career of many highlights he rates broadcasting the English Derby from Epsom, the first of thirteen Perth Cups, five Pacing Cups, the first win of the West Coast Eagles at the MCG, fourteen WAFL Grand Finals, his first Test Match at the WACA, three Sheffield Shield wins in a row by the Western Warriors, and comparing fifteen Sandover Medals in a row live on ABC television as the standouts.

Trevor is also a highly regarded Master of Ceremonies for both corporate and sporting functions, an after dinner speaker and a communication trainer in the corporate sector. Clients include the Water Corporation, BGC, First National Real Estate and the West Australian Turf Club.

You certainly showed the benefits of good preparation and being a consummate professional. As MC you gave the night a spark that had been missing in previous years.

The Sheraton Perth WA Wine Awards is the premier wine awards events for WA wine industry. On the night it appeared as Trevor had been the host for all 31 awards. Trevor was fresh, formal and provided humour as required and with respect. The Hotel was delighted with the service Trevor provided on such a special occasion.

As always you were the true professional and I know the guests at my table enjoyed very much your style and humour.