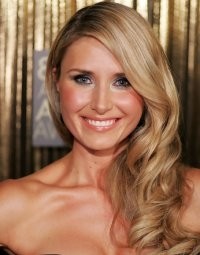 Award-winning journalist and meteorologist Magdalena Roze, is a scholarship holder and graduate from the University of Sydney. She is the much loved Weather Presenter on TEN and regularly co- hosts their popular prime time show, The Project and is an accomplished host and MC for corporate events.

After completing a Bachelor of Arts in Media and Communication, Magdalena’s media qualifications were extended through her Diploma in Atmospheric Science at Macquarie University, being awarded both the 2009 Biophysical Environments Prize and the Australian Meteorological and Oceanographic Society Prize for her academic achievements.

Magdalena has reported nationwide on some of the country’s biggest events and natural disasters. Her career has seen her cover bushfires to floods, from cyclones to drought.

2011 saw Magdalena join TEN News as meteorologist and journalist for the National Weekend News. It was only fitting that she was nominated for both Best News Coverage and Most Outstanding Performance by a Broadcast Journalist.