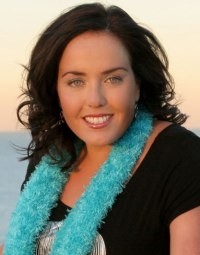 Kelly has more than 20 years' experience in broadcasting across commercial and ABC television, commercial radio, and most recently live webcasting for Rupert Murdoch's News Limited online.

During her final year at university, she began work as a reporter at Central TV Network (GTS BKN), Port Pirie, in 1989, and graduated later with her class.

On the cusp of regional television deregulation in Australia, Kelly found herself in Canberra in a key political reporting round, working for the Nine network affiliate, WIN TV.

After the 'un-loseable election' of 1993 Kelly left Canberra for the wilds of the Northern Territory with ABC TV's '7.30 Report'. It was here that Kelly was recognised for her outstanding journalism, winning several annual press club awards and being promoted to part-time presenting from the desk.

The national nature of her stories encouraged a move to ABC TV's WA edition of the '7.30 Report' hosted by Alan Carpenter, during a time when WA's entrepreneurs were under enormous political and legal scrutiny.

In 1995 Kelly left Australia for London, working for Associated Press Television and American sports cable giant ESPN, covering the death of Princess Diana and an Olympic city announcement in Switzerland.

Two years later she came back to Australia to host the Adelaide edition of ABC TV's state-based current affairs show, 'Stateline', and read the 7pm news for the national broadcaster in Adelaide.

In 2001 she was asked to co-anchor Ten News Adelaide, which is produced in Melbourne, where she stayed for five years.

Before moving back to Adelaide to fill the position left by the death of veteran Nine newsreader Kevin Crease in 2007, Kelly anchored Sky News and Sky News Business from Sydney and participated in the inception of the ABC's 24 hours news project.

Again in 2010 she helped spear head News Limited ‘s transition into live webcasting from its Adelaide based newspaper headquarters, pioneering online programs which have won awards.

Kelly is a co-founder of a national consultancy which coaches people in public speaking and presentation skills. She has a Bachelor of Arts Degree in Journalism Studies from the University of South Australia and is a Golden Key International Honour Society member (recognising outstanding academic achievement).

In 2009 Kelly was entered into the Who's Who of Australian Women and awarded Better Hearing Australia's Best Television Newsreader.

Kelly has wide-ranging multimedia presenting experience. She has covered all manner of story and topic from serious political debate to entertaining lifestyle profiles within outside broadcast situations, taped pieces from the field or live from a studio.

Kelly is respected as a credible, intelligent, ultra professional presenter.