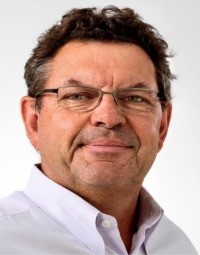 With over three decades of industry experience and some highly opinionated commentary, it’s no wonder current affairs commentator and talk show presenter Steve Price has become an Australian household name.

Covering all the major news stories since the 70’s, it’s safe to say no one knows current affairs like Steve. Steve is best known for presenting the No.1 rating drive program on Melbourne’s 3AW, between 1987 and 2002. Steve also presented the morning program on Sydney’s 2UE from 2002-2009. For Steve, radio is more than entertainment and information.

Unsurprisingly, Steve has also received multiple awards for Program Director of the Year, as well as Australia’s current affairs Commentator and Talk Presenter of the Year on numerous occasions.

Following a successful career with 3AW and 2UE, Steve took up the role of presenter on talkback radio station, Melbourne Talk Radio (3MTR) Breakfast, in 2010. Then, in 2012 Steve joined the team at 2GB with a brand-new show, Nights with Steve Price featuring a nightly discussion with Australia’s most read opinion maker, Andrew Bolt.

In 2015, the show began broadcasting in Brisbane on 4BC, as well as into regional cities around Australia. Later that year, then on 3AW in Melbourne.

Steve also appears as a weekly guest panellist on Network Ten’s prime-time news show, The Project.  Steve also recently appeared in Network Ten’s "I’m A Celebrity, Get Me Out of Here!" According to Steve, surviving on a restricted diet and taking part in emotionally and physically strenuous challenges has left quite an impact. Post-jungle, Steve has a come out with a new-found appreciation for life, entering the competition as a ‘grumpy old bugger’ and leaving a happier, healthier and totally changed man.

On top of his nightly radio show and appearances on The Project, Steve is also a highly sought-after MC and Keynote speaker, with his vast knowledge of current affairs, politics, sport, finance and news making him both versatile and insightful.