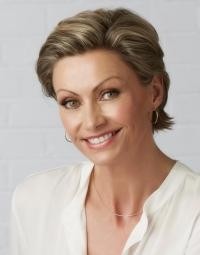 Nicky Buckley is one of Australia’s most recognised female faces and well-respected household names.

Known for the longevity of her successful modelling and television career, behind the scenes Nicky has spent the past 20 years working as an MC for corporate conferences and functions with many well-known Australian companies. Some of these associations have spanned in excess of 10 years.

Her relaxed and approachable manner coupled with her warmth, elegance and professionalism ensure that she is a popular MC to head up a vast variety of events, seminars and conferences.

While Nicky is a highly sought after and successful Master of Ceremonies, the constant positive feedback Nicky receives about her ability to inspire women in the workforce, has led to a passion as an inspirational speaker also.

Her topics include working women, how they can take control of their lives with work/like balance, letting go of mother guilt, life after kids – what now, can we have it all, prioritising time and family and achieving happiness.

Nicky began her career in modelling before moving into television as co-host of Channel 10's Blind Date. She then became involved as a regular model on Channel 9's hit show, Sale of the Century before gaining the position of co-host in 1994. During her six years in this role, Nicky became a well-respected household name.

As we entered the new millennium, Nicky also entered a new phase of her career. With her long running tenure on Sale of the Century ending, Nicky welcomed the opportunity to explore new directions and new opportunities. Throughout 2000 and 2001, Nicky was busier than ever.

She played host to Hot Box Office and The Entertainment Guide on The Movie Network (Optus and Austar), she was New Idea's resident Beauty Editor and was a presenter on the popular lifestyle program, The Cover on Foxtel which received great feedback. Nicky also enjoyed fill-in roles on radio whilst being in constant demand for corporate functions as MC or guest speaker. Nicky also presented a Family and Parenting segment on Good Morning Australia on Channel 10 and hosted a Parenting Segment on Channel 9's top rating morning program The Today Show.

Nicky's public profile peaked again in 2005 as she appeared as a celebrity contestant on Seven Network's top rating – Dancing With The Stars. Nicky showed great commitment, passion and determination as she danced her way through the series and proved to be a fierce competitor.