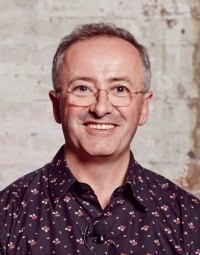 Andrew Denton is an award-winning writer, performer and producer. His TV programs include Enough Rope, The Chaser decides, Hungry Beast and The Gruen Transfer.

He pioneered documentaries on difficult subjects done in a different way including The Year of the Patronising Bastard - about disability, and Angels & Demons about mental illness.

His 17-part podcast series about voluntary euthanasia, Better Off Dead, released in 2016, went to the top if the iTunes charts.

In 2018 Andrew will host a new show on the Seven Network, Interview.