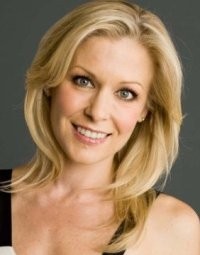 Sami has spent 20 years working in Australian radio and television. She is currently a presenter with Fox Sports News and a regular guest on The Morning Show and Sunrise on Channel Seven. An enthusiastic and frequent traveller, Sami also has her own successful travel business, organising and hosting female only tours of New York. She is also an expert travel blogger for www.lastminute.com.au.

Sami also works as a Host and Red carpet reporter for Event TV and she has hosted a variety of live big screen broadcasts for Cinemalive.

Prior to working in radio, Sami spent 4 years as the Weather Presenter on the Today Show on Channel Nine. At Nine, Sami also hosted Dancing on Ice, Loves Me Loves Me Not and co-hosted Logies Red Carpet and New Years Eve telecasts for the Network. She has also appeared as a regular guest on The Footy Show and 20-1.

Prior to joining Nine, Sami spent four years at Network Ten, where she presented the weather on the Sydney 5pm News, and worked as a host/reporter on various shows including Totally Wild, Big Brother, The Blue Planet, Shipwrecked, Totally Wild Rescue, Video Hits and Good Morning Australia. At Foxtel, Sami has also worked as a co-host of the Simpsons Live.

Sami graduated from the Queensland University of Technology with a Bachelor of Business Communication, majoring in Film and Television, and a minor in Journalism.

In her final year, Sami was awarded the Federation of Radio Broadcasters Prize for the most outstanding student in Broadcast Journalism.

Her appeal across a broad demographic is assuring, she is a professional presenter and an excellent commentator. Sami is proving to be an exceptionally talented MC who adds a touch of elegance and charm to any event.