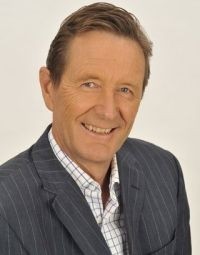 Paul Barry is well known to ABC viewers as the former presenter of Media Watch and is one of Australia’s most respected journalists. His films for Four Corners in the 1990s won him every major television award. He has also found time to write two best sellers, The Rise & Fall of Alan Bond, The Rise and Rise of Kerry Packer, which was shortlisted for the Banjo Awards. He later wrote, Going for Broke, about how Alan Bond hid his fortune from his pursuers and a controversial biography on Australian cricketer, Shane Warne, called Spun Out.

Paul now contributes as a senior writer to Private Media's, The Power Index. He and a team of investigative journalists find out who really runs Australia via regular Power Lists profiling powerful individuals across Politics, Media, Money, Law + Order, Culture and special lists. The Power Index Email Alert is a weekday snapshot of power-related news, views and features.