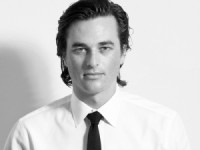 Joe Snell’s experience as a Registered Architect has crossed the fields of architecture, interior design, large scale urban event installation, and lighting design. A pursuit of a diversity of work with the underline of creativity has been supported by a fantastic run of recognition in national design awards in retail, commercial and event based projects, including, 2012 Westfield National Retail Awards, 2010 and 2011 Interior Design Excellence Awards. His passion is the cross-pollination of ideas throughout different typologies and the pursuit of each project as a work of creativity.

Outside of architecture, Joe has pursued a range of hosting and public speaking opportunities, taking full advantage of unrivalled ability to tell a good story. In September 2013, Joe hosted the Alumni Breakfast event at Sebel Pier One Sydney with an audience of Australia’s most influential lighting designers, architects, interior designers and Sydney city officials in attendance.

As well as architecture, Joe has a passion for lighting and has created exhibits for Vivid Sydney, an annual festival of light, music and ideas. Joe is also active in his role as Creative Director of The Goods Tube, a design led company that specialises in bespoke gift collections for the corporate and retail markets.

Joe entered the world of entertainment in 2012, as a judge alongside Wendy Moore on the Seven Network’s House Rules, he is now entering his 5th season with the program.