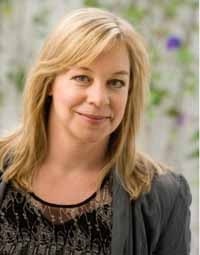 Kaz Cooke is an Australian author, cartoonist and radio broadcaster. Her background is in news and feature journalism in Melbourne, Sydney and Darwin. Her career began a month after she left school, in 1981, at The Age newspaper and since then she's written for many of the major daily newspapers (The Sydney Morning Herald, The Australian and the Canberra Times) and magazines (including Who Weekly and the Women's Weekly).

Since becoming a Mum in 1998 Kaz has mainly worked from home writing books in her pyjamas; and still doesn’t know why there were books in her pyjamas (boom, boom). There have been some scuttling forays into radio shows with varying degrees of success (from “this is fun!” to “I’d rather eat my own shins with a fork”).

Kaz illustrates her own work with cartoons, since 1983 often featuring Hermoine the Modern Girl. She continues to write books with her trademark mix of meticulous research and trustworthy information untainted by commercial interests, and blended with her friendly tone, honesty, sharp wit, and pyjamas. Kaz lives in Melbourne with her family and enjoys toast.

Kaz was just fantastic. The audience absolutely loved her and the speech was so well fitted to the auspicious occasion.