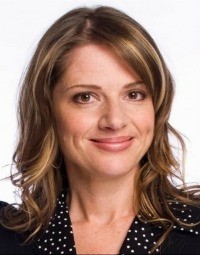 French-born Australian and graduate of the Victorian College of the Arts, Julia has been a regular on Australian television and film screens, receiving many accolades. Twice, she has picked up the Best Actress Award at Tropfest (The Extra and Muffled Love). She also received the coveted title of 'Australia's Brainiest TV Star'.

The bubbly actress, comedian and radio personality also has a love of music. Through her success in the show 'It Takes Two', Julia brought back ABBA hits, as well as a touch of French pop!

A trained actor and improviser, she effortlessly offers a hosting style that companies return for again and again.

Julia’s own interview show Julia Zemiro’s Home Delivery will return to ABC1 this year and look out for Julia and her co-host Prof Brian Cox in Stargazing Live and Back to Earth. Other television credits include co-hosting the Eurovision coverage for the SBS (2008-2016), regular appearances on The Agony of Life, Thank God You’re Here and Good News Week.

The clients who have “enjoyed her charm and wit” include the Australian Film Institute, French-Australian Chamber of Commerce & Industry Victoria, Canteen, Panasonic, National Gallery of Victoria, Women in Business, Ikea, Siemens and Toyota, to name just a few.

Thanks so much for running the show. Your performance was wonderful, even funnier and more entertaining than ever.

The dinner was great success due, in no small measure to Julia’s witty and entertaining performance as MC.