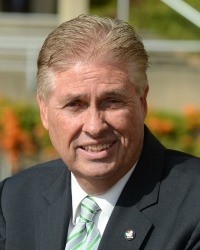 Alan Thomas was born in Brisbane and is one of Australia's best known Racing and Sports Commentators. He is presently employed in Queensland by Sky Channel and Sky Sports Radio, Sydney.

His career spans 40 years in radio and television, including 13 years with Channel Nine. He is acknowledged as one of the best compares, guest and motivational speakers. He has interviewed some of the biggest names in world sport along with leading politicians.

Whilst a Sports Reporter for Channel Nine Alan also covered Rugby Union, AFL, Soccer, Swimming and most other sports.