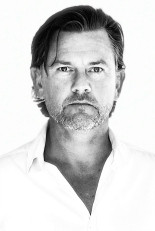 Brett Murray has been speaking in the public forum for 30 years. After focussing the last 18 years in schools on bullying education and prevention with international success and recognition, Brett is now also serving the broader corporate community sharing how to achieve your potential, lift revenue, increase productivity and performance.

The key - 'FOCUS' - It was FOCUS that enabled Brett to co-write and co-produce a TV series on National TV (CampDARE, 9 Network 2006), FOCUS helped Brett become a Youth advisor to the NSW state Government, helped him establish a youth round-table that developed mentoring policies, saw the bullying education platform be transformed in NSW and Tasmania. The Key to Brett becoming an age Group Champion in 2-80-20 Distance Triathlon (Rottnest Island Suffer-fest 2016) and becoming the only ‘anti-bully triathlete’ in the world competing in multiple ironman Events, it was FOCUS.

FOCUS is what has helped Brett Write, Direct, and Produce two surfing documentaries. It was because of FOCUS that Brett was able to take 10 young Muslim men across Kokoda in 2004, which became the highest rated news and current affairs program in Australian TV History and helped turn these boys lives around and reduce all Violent incidences in their school by 70% over the next 12 months and maintain that impact for a decade (Punchbowl High Daily telegraph Oct 3, 2003, DARE-ing the Kokoda Today Tonight April 2004).

FOCUS was the key that helped Brett co-write and produce an International Documentary on his bullying education and his involvement in an Iron-distance triathlon in NZ (Challenge Wanaka CTV NZ 2016), to raise awareness of teen suicide. FOCUS has seen Brett author 5 International books, be nominated 5 times for Australian of the year, co-found and be CEO of the world's most effective bullying education and prevention charity (McCrindle research March 15, 2019. Make Bullying History Foundation) and produce the #1 Health and Well-being program in NSW (Clubs NSW awards 2018) and be at the core of turning around the social engagement of one of the most high profile NRL clubs in Australia (Cronulla Sharks Make Bullying History Initiative - GM - ONE Community NRL), as well as becoming the leading voice for 12 years on Youth issues, Youth suicide prevention and parenting topics with the Seven Network Sunrise, The Morning Show and Daily Edition. The key that has now brought Brett to work alongside men to reduce DV and create cultural change with attitudes towards DV and family abuse, helping men turn their lives around - FOCUS.

Brett now shares from the stage how he achieved all of this phenomenal success, the hard lessons, failures and victories, and learned how to be a present and involved Father and supportive and sensitive Husband to his wife of nearly 30 years. Through his passionate and engaging yet down to earth style, Brett will help you find your FOCUS.

'FOCUS' - It's what makes all the difference and turns ordinary people into extraordinary individuals. FOCUS is the EXTRA! FOCUS makes history.

As Brett says, “History has to be made by someone, it might as well be you!”

Brett Murray was the most highly valued guest component to our 2 Day Training Conference. We all found him most intelligent, warm, considerate, energetic, dynamic and most importantly; charismatically authentic. He was generous with his time, his deeply intimate personal experiences and had my company's best interests at heart when delivering his presentation. In all honesty, I too was swept up in his message and powerful delivery, I believed his message and emotionally engaging delivery was so integral to what I was training that day and my staff were all captivated by him and his message.

I recently had the pleasure of staying on, after my own npresentation, and listening to Brett Murray speak and I was totally blown away. His down to earth and punchy style was spot on andnhis content was fascinating. In terms of rating him as a professional speaker, I'd give him 10/10 without hesitation. He's warm and engaging, yet his content will shock you into realising how life can pass you by quickly if you're not focusing on the future. He's charismatic and energetic and would also make an excellent MC. His stories of his own misguided and less fortunate youth will draw a tear, yet his fight to succeed and now help others will inspire you. He's one of those speakers that you'll never forget.

There is no doubt that Brett is an effective inspirational speaker, but he's more than that...he is passionate about helping people live life to their full potential & is equipped with a wealth ofnknowledge and experience to speak into peoples' lives & see that happen...

Brett Murray is one of life’s “Givers”. I asked Brett to open the 2006 Inaugural Youth Convention and was delighted with his care, attention to detail and adherence to my criteria. Brett under promised and over delivered in his presentation, making clear and significant connection with his audience. Brett challenges, inspires, empathizes with and creates an individual experience fornhis entire audience. He is a sure bet inclusion in any program.