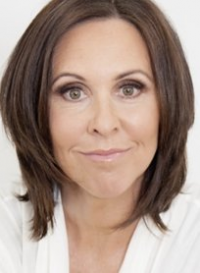 Emma is currently the high-performance mind coach for the Richmond Football Club and St Kilda Football Club as well as working with individual athletes in pursuit of Olympic success. Considered as a leading performance mindset coach she also delivers workshops to large corporate organisations, high level executives, VCE students and performers of the arts.

Emma’s life recently took an unexpected turn when her 14-year-old, athletically gifted son, Will, broke his neck jumping off a pier. Will is now a quadriplegic and his dream of playing AFL football has been switched to a dream of one day using his hands or standing on his own.

Will’s story, through Emma’s writing on social media and public speaking engagements has gained viral attention that now spans to various corners of the world. After years of teaching high performing individuals, the importance of staying in the moment, Emma is getting a new perceptive and appreciation for the very importance of staying still and present. The devastating effects of quadriplegia on Will, his 3 siblings and the extended family unit has become a teaching forum which has united the community in both grief and hope.

Emma and Will’s dad, Nick, have taken a unique approach to spinal cord injury rehabilitation and are creating a program which fuses eastern and western medicine and surrounds Will with a team of people whose sole objective is for Will to regain function below the injury site.

Two years after being told he would never feel or move anything from the chest down, Will is living proof of the power of Emma’s work - with him using the power of his A Game to now stand unassisted … with his eyes still firmly planted on walking again in the future.

Emma’s story is captivating as she draws parallels between AFL football, quadriplegia and mindfulness.

Emma delivered a very powerful message, and everyone walked away with a new skill that they can incorporate into their lives. Just Brilliant, and so valuable, Thanks Emma.

Emma was the main guest at our major fundraising ball in October. I knew from her recent experience with her son Will’s spinal injury that she had firsthand experience in the spinal unit at the Royal Children's Hospital. Simply put Emma was amazing!! Her honesty, empathy and information combined with humour was captivating. This was obviously a very hard subject for Emma to speak on, but she put her audience at ease and received a standing ovation at the completion of her speech. Emma is passionate, not only about her son Will and her family, but also her other great passion teaching mindfulness. Her knowledge on mindfulness is extensive and has great examples to share with her connection with the Richmond Football Club. She has the ability to hold an audience from the minute she starts, and I could not recommend her highly enough for any future public speaking engagements she partakes. As a committee, we were thoroughly grateful to have had Emma as the guest speaker for our 500 strong crowd.