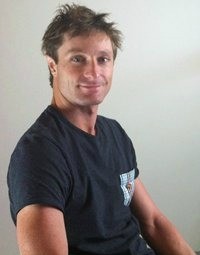 Not many people experience failure on as grand a scale as John has and time and again return for more – armed with invaluable lessons and knowledge from previous experiences.

In 2012, not only did adventurer John Cantor achieved a six-year dream of traversing the Brooks Range solo, a 1,600 km expedition across Arctic Alaska and considered one of the toughest solo expeditions on earth – he smashed the speed record by 10 days, completing the trip in 31 days. Almost completely devoid of human presence, this environment is full of grizzly bears, wolves and countless other animals.

With no previous experience and only blind self-belief, this young surfer from Noosa Heads, Queensland, set himself a near-impossible goal. There were only four documented solo traverses of the range prior to this, all of whom were Americans.

After failing on three successive attempts in three consecutive years, John realised he was banging his head against a brick wall, so took 2011 off and adopted a completely different approach to the expedition. He broke it down into little battles and worked on perfecting each element.

During this time John also battled with chronic knee and back injuries, severe anxiety, and huge financial costs working up to three jobs at a time. John's expedition was featured on the ABC's Australian Story and was the most downloaded episode for 2012.

The next goal John set himself was a Winter Traverse of the Brooks Range. This expedition has never been done and is seemingly impossible, but John felt he had to try. In January 2014 with fellow adventurer Evan Howard, they began the trip but had to pull the plug on the 10th day due to some frostbite that John had developed. They were unfortunate to have been smashed by severe weather on the first three days, not allowing them any time to acclimatize. John battled on through agonizing pain in his fingers for another week before making the hard decision to end the trip and saved his fingers from permanent damage.

John has transferred his skills in adventuring to law and secured a full-time job for one of Australia's largest corporate firms - MinterEllison; but he is not done with adventuring just yet...

We enjoyed your humour and motivational words. We suffered in your agony and felt your disappointments. You spoke to the audience with passion and kept us engaged throughout your autobiography of accomplishing your dream. You have inspired others to keep on trying but most importantly to plan and prepare.

The personal challenges that he overcame through determination, perseverance and resilience was a truly inspiring experience for all involved. John tells his story in an honest, open and engaging manner and even in some of his most trying moments of the expedition, he seems to find a way to find the funny side of what are seemingly incredibly daunting situations. Our players and staff are still talking about the presentation and what they got out of it individually and collectively. As an elite sporting team with a strong focus on developing mental resilience and personal resolve, John's story has been a terrific example of what can be achieved when you truly set your heart and mind on something.