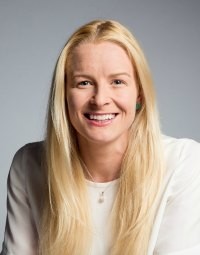 Growing up in Geelong Jess was diagnosed with a rare eye disease, cone dystrophy when in Year 12 at high school causing her to lose much of her eyesight. She is now classified as legally blind.

Following in her Mum's footsteps, Jess grew up playing Netball and Basketball, having represented Victoria on several occasions and being named as an emergency for the Australian U16 netball team. She also represented Geelong and Victoria Country in underage basketball.

At the age of 21 Jess randomly discovered Paralympic sport and was talent identified for Athletics.  She was first selected to represent Australia at the 2008 Beijing Summer Paralympics but was deemed ineligible to compete due to the sight in one eye being 0.01% too sighted to be eligible. Prior to Beijing she had also been asked to try alpine skiing and so when she returned to Australia after the heart break of Beijing she transitioned to alpine skiing.

At the 2010 Vancouver Winter Paralympics Jess (finally!) made her debut for Australia and assisted by her guide, Eric Bickerton they became the first Australian female to win a medal at a Winter Paralympic Games, finishing 3rd in the Women's Slalom, this achievement also happened to coincide with her birthday- what a present!

She returned to athletics upon her return from Vancouver and in 2011, just 8 months after the winter Paralympics Jess became the first Australian to medal at both a Winter and Summer event at international level when she won the silver medal in the long jump and the bronze medal in the javelin at the 2011 IPC Athletics World Championships in Christchurch, New Zealand.

In 2012, Jess qualified to participate at the London Summer Paralympics, but tore her meniscus 6 weeks out from competition. Despite being severely hampered by her injury in both training and competition, Jess participated in both long jump and javelin, finishing 5th and 6th in her events.

She again switched back to alpine skiing and at the 2014 Sochi Winter Paralympics Jess won another bronze medal, this time in the Giant Slalom with guide Christian Geiger.

In pursuit of her long term goal, becoming Australia's first athlete to medal at a summer AND winter Paralympics and due to Long Jump being removed from the Rio Paralympics Jess transitioned to track cycling. In March 2016 she made her debut for Australia as a cyclist becoming World Champion and claiming a new World Record in the process in the women’s tandem sprint alongside her pilot Maddie Janseen. They also won bronze in the 1 kilometre time trial.

At the 2016 Rio Paralympics Jess created stunning sporting history becoming the first Australian athlete, Olympic or Paralympic to medal at both a summer and winter games when she won bronze in the 1km Time Trial.

After Rio Jess made the tricky decision to forgo pursuing her 3rd winter Paralympics for the opportunity to compete at a major championship on home soil. In 2018 she made her debut for Australia at the Commonwealth Games on the Gold Coast placing 2nd in both the tandem match sprint and 1km time trial, again with pilot Maddie Janssen. They also finished 2nd in these same events at the 2018 World Championships held in Rio.

In 2019 they again placed 2nd along with a 4th place finish at the World Championships in the Netherlands. A short time later Jessica was removed from the Australian Cycling Team when they were unable to find a replacement pilot to work towards Tokyo 2020 Paralympic Games qualification. With ambition to represent Australia in Tokyo Jessica transitioned to a new sport and is currently training with the goal of making the Australian Rowing Team.

To say that Jessica is inspiring is to understate the truth. She is vibrant, entertaining, motivating, inspiring and so much more. Our audience was enraptured by her story and she made them feel that they are part of her journey. I know that every one of our delegates will be tuning into the Olympics to watch Jessica and will feel that they have a personal interest in her events. We will all be rooting for her!