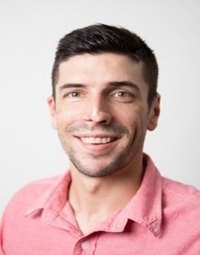 Mike’s expertise is in resilience, in particular, Proactive Resilience – Preparing today for what tomorrow will bring.

In September 2001, at the age of 18, Mike’s life changed forever. He contracted one of the deadliest diseases on the planet, Meningococcal Septicemia while on an end of season Football trip.

This lethal, fast acting and brutal infection left him with horrific internal and external injuries, including multiple amputations.

Mike’s chances of survival were as little as 5%. His family were told to say goodbye on more than one occasion as he fought for his life. He spent the next 6 months in hospital where he was given the sobering news that it could take years to achieve even the most basic tasks, such as walking and driving, as well as the devastating realisation that sport may not be a possibility.

Mike’s journey back to health was aided by his positive outlook, an adaptive mindset and his choice to “embrace with open arms” the many challenges that lay ahead. His determination to live a happy, fulfilling life is evident in his accomplishments as a double amputee, like running again after many years, representing Australia in golf, climbing one of Australia’s tallest buildings and passionately advocating and supporting other amputees who experience similar circumstances.

Mike’s message “Prepare, Survive, Thrive” is derived from his own personal adversity as well as his extensive research on the topic of resilience. It’s a message designed to limit the depth we plunge to in difficult times and increase our ability stay focused, fast-track recovery and successfully navigate any problem life throws at us, from a small hiccup to a major crisis.

Mike believes we must never settle for just getting by, coping, allowing ourselves to be defined by a situation or circumstance. That must never be an option.

Mike has a background in the Health Industry, he’s a qualified Counsellor, is a highly skilled communicator and a passionate supporter of Charities Limbs 4 Life and Interplast Australia. Amazingly, Mike has a handicap of 5 in Golf which is far better than when he had legs!

Mike is a speaker who motivates and inspires his audiences to reach for the stars in all that they do. Mike believes that we are all far more powerful than we can ever imagine and his story is testament to the power of the human spirit.  Mike released his book 'Ditch the Dead Weight'.

Mike walks his talk, he lives his message and inspires us to do the same!

Mike presented to our distribution team on the back of a full day. He really engaged the team and took them out of their everyday lives to hear about his incredible story, but more importantly, learn from it. Mike was extremely engaging and funny but really made us all reflect on what matters, how to handle change and take on new challenges. I would definitely recommend mike to any business, company or group to take people out of the day to day role and reflect on life and what you can achieve if you put your mind and body into it.

CPM recently asked Mike to present to our team of national client service professionals. Mike’s presentation really hit the mark with each and every member of the team learning to practice resilience, be curious and accept the challenges life sometimes serves up

Mike Rolls presented his story to our students. His honesty and the determination to work against any odds was vividly obvious thorough out his interaction with the students. He completely engaged & inspired our students. His friendly manner encouraged our students to ask questions. The impact of his presentation lingered throughout the day.