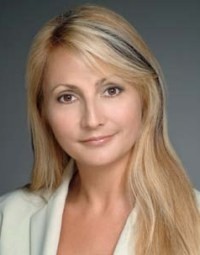 Rosemary Pekar is a Human Development Consultant and is the absolute leader in changing minds!

As a world leading motivator and columnist read by more than 66,000 entrepreneurs globally she had previously spent 16 years in the legal arena both as a Police Woman, Private Investigator and Security Specialist Trainer where she found a better way to resolve conflicts and copouts.

Rosie produced and delivered her own radio segment for 3 years and appeared regularly in the media as she travelled delivering inspirational programs in Australia, New Zealand, Singapore, Thailand, Hong Kong, and most recently the US.

Now across America, Australia and Asia thousands have already experienced the powerful phenomenon that is Rosie Pekar, Professional BUT Kicker. Overcoming personal challenges and kicking BUT or ‘Bloody Useless Thoughts’ is her mission and people can’t get enough of her no excuses, Kick BUT strategies and advice.

She is the author of ‘Time to Kick But!’, ‘Facts of Life Exposed!” and the ‘Art of Powerful Living ‘ and is also featured in 2 Motivational Books; ‘Mission Possible’ alongside Steven Covey (Author of 7 Habits of Successful People) & Brian Tracey ( U.S Sales guru), and in “Secrets of Inspiring Women Exposed.’  Her emergency services role and investigative abilities led her to a KickBut® mind-set that has her thinking on her feet and getting results irrespective of adverse circumstances.

She is seriously unique, having been part of the personal protection task force to her royal highness, she has slept in crocodile beds on expedition in the Australian outback and provided trauma therapy at Aceh Indonesia after the 2004 boxing day tsunami claimed over 200,000 lives.

Affectionately known as the BUT Kicker, Rosie is the Xtreme Leader in changing minds. She accepts no excuses, copouts or But's when it comes to getting what you want! She is a passionate believer in the powerful use of a positive mind and in getting results!

Rosie has the street-smarts, inside information and strategies you need for success. Make way for wellbeing, vitality and a great life… no but’s about it. Walk away empowered, inspired, motivated… through refreshing humor and powerful stories, Rosie’s workshops and seminars are described as life-altering, dynamic and inspirational. Your life will be changed forever!!

Rosie is one of only three Australians showcased by the Australian Government in Singapore as Success Specialist and was recently recognised by the US government with her business visa under "Extraordinary Ability' and Expert!  Rosie has filmed in LA on "Whatever it Takes" due for release mid year and has her latest book release due out in 2013.

100% inspirational, motivational, educational & positive experience. I wish there was more of it. Fantastic!

What a captivating presenter! Challenging and powerful!

I've received very positive feedback on the meeting and can honestly say that your address exceeded expectations.