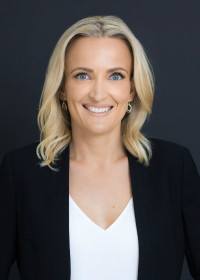 Stacey Currie, a respected businesswoman with a personal history that would rival a Hollywood blockbuster, is living proof it is possible to make dramatic, life altering change.

Raised in housing commission accommodation with an absent mum, Stacey experienced child sexual assault. By 14, she was living in a shed. At 15 she was pregnant. At 19, she had two kids and was homeless.

Called on to make big changes when all she knew was battling, and welfare, figuring out goals, and making a ‘new life’ seemed impossible.

Which is why Stacey is committed to sharing insights to empower audiences to embrace change, unlock courage and pursue the impossible.

Stacey has appeared on TV shows such as the Today Show, 7.30 Report and 60 Minutes to share her against-the-odds life story. She has been featured in many newspapers and magazines, such as BRW, The Age and The Herald Sun.

Today, Stacey is a keynote speaker, successful businesswoman, author, ambassador, mother of five and inspiration to thousands of people who have adopted her life lessons.

Firstly, well done, I love your story. Everyone enjoyed your presentation. Everyone found your story encouraging and relatable, raw and real.

One in a million! Driven and inspirational, you made an impact.

Uplifting, entertaining and enlightening! We look forward to working with you again!