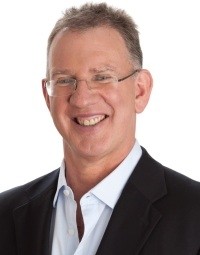 For many years Greg Cary has been widely recognised as one of Queensland's most respected broadcasters.

For more than 30 years he hosted a variety of programs on 4BC and for the last decade was a regular member of the Sunrise program where his even handed approach to all subject matter won a wide audience.

For the five years (2008-2013) before stepping out of the spotlight Greg hosted a current affairs program that was networked across Queensland and helped shape opinion on a variety of issues. He has championed many causes and, in an increasingly partisan media world, remains trusted by all sides.

In his radio career, Greg was the only person to have been a finalist in national awards for both sport and current affairs, whilst winning the best Program Director award.

His media life began as a cadet journalist at the (now defunct) Sun newspaper in Sydney and he is well placed to talk about the evolving nature of media and the impact of that change on the wider community.

In his time in radio he interviewed and knew every Prime Minister from Gough Whitlam and every cricket captain since Ian Chappell. Greg believes there is much to learn from those who have succeeded in all areas of an endeavour. He thinks George Bernard Shaw was on to something when he said: "History is always forged by the unreasonable person. Reasonable people adapt themselves to society, whereas unreasonable people adapt society to themselves."

Greg's interests are many and his curiosity undimmed. He is a voracious reader and book reviewer, loves sport and is a keen surfer and golfer (where his passion somewhat outweighs his skill).

Greg is the Patron of the "Just Let It Go Foundation" and is writing a book on the nature and causes of violence and a better approach to addressing it.