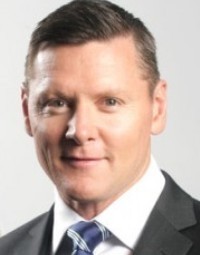 Matt Burke is one of rugby’s most iconic figures: the most capped fullback in Australian rugby, Matt scored 1171 points from 115 appearances for the NSW Waratahs in a twelve-year career. Representing Australia in 81 appearances, netting 878 points, he has been the recipient of many illustrious honours, such as the Wallaby of the Year, and inclusion in the Wallabies “Team of the Decade” (1995-2005).

Since retirement from rugby in 2008, Matt has gone on to become a leading media personality, now a TEN Network evening news anchor and rugby commentator, highly regarded MC and keynote speaker, and Fairfax newspaper columnist. His services to rugby and broadcast were this year acknowledged, awarded an Order of Australia media (OAM) in the Queen’s Birthday Honours.

Matthew is to release an as-yet-untitled book in the second half of 2016, a series of fascinating and hilarious tales showcasing his life both on and off the rugby field.