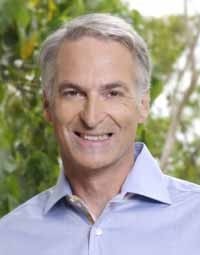 After time spent in the music industry and as a teacher, Andrew Lofthouse made the switch from radio newsreader to television presenter over two decades ago. Once named "Queensland TV Personality of the Year", Andrew has produced and presented a range of national and state wide programs for ABC radio and television (including Australian Story and Stateline), on a variety of topics including arts, sport, and politics.

Andrew joined Nine News back in January 2009 presenting the weekend news and is now weeknight co-anchor working alongside Melissa Downes.

Not only is Andrew an experienced broadcaster, public speaker and facilitator (working with numerous clients hosting awards ceremonies, business functions, and conferences), he is also a founding member of '80s Brisbane band Lets Go Naked. Andrew is still playing and the band is recording a new album due out this year.