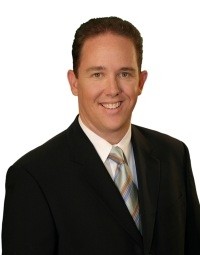 Justin started his career at radio station 4BC in Brisbane as an on-air assistant to well-known radio announcer, Wayne Wilson at the tender age of 17 in 1988. He then progressed through the on-air ranks, to become a sports presenter for the Australian Radio News Network, all the time continuing his on-air racing duties. In 1991 he moved with the entire racing team to Australia's newest TAB owned racing station 4TAB (4IP) and took on the role as number 2 race day announcer.

Justin joined the Sunshine Television Network in the mid 1990’s as sports presenter. He has been the head commentator for the QABL Basketball Finals, International Bullriding events and the beach commentator for the Kellogg’s Nutri Grain Ironman series.

Justin has compered some of the biggest events in the state including the Premiers Ball, Ronald McDonald House Charities Ball and the Australian Festival of Tennis. He has on-going relationships with companies like the REIQ and Queensland Rail.

Justin has more than 15 documentary/sports programs to his hosting and writing credit including the XXXX Variety Bash and has called many sports including rugby league, boxing, waterpolo, showjumping, motorsport and tennis.