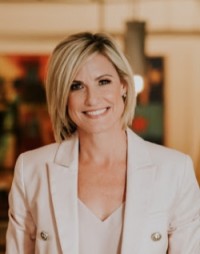 A Queenslander through and through, Jillian was born in Mackay in the state’s north, before moving to Brisbane to attend high school.

Her childhood dream of becoming a writer and reporter was realised soon after graduating from the University of Queensland with a double degree in Journalism. In 1991 Jillian launched her TV career in Channel Seven’s Brisbane newsroom.

In 1996, Jillian made the move to Channel Nine, as a reporter and newsreader. She teamed with Bruce Paige in 2001 to present the state’s top rating 6pm news bulletin.

With 2 young daughters, Jillian made the biggest change in her career in 2009, returning to Channel Seven to take up the dream role as a presenter with the enormously successful travel show, Queensland Weekender. She’s thriving in this exciting new job, tackling everything from hiking to diving, surfing and horse-riding adventures in the outback.

The corporate suits, though, weren’t retired; and in 2010 and 2011 Jillian was called on to present Channel Seven’s Queensland bulletin and the national news on Weekend Sunrise.

Jillian firmly believes in professional diversity; and alongside presenting the news, she has also compered fashion shows, sporting parades and countless interviews, live on television.

She’s now expanding her media interests, with roles as a presenter on talk radio 4BC, and a contributor for Escape in News Limited newspapers and online.

Jillian is also a very poised and polished MC, often requested to host fundraisers and corporate events, including a long standing 8 year relationship with Business Chicks, a national networking group.

Her extensive experience and high profile has now led to a role as a director of a media company, working with businesses and individuals in media and presentation training and communication workshops.

Surviving two decades in a notoriously unpredictable business is a source of pride for Jillian who continues to adapt to this dynamic industry.

There’s no question though when it comes to nominating a highlight, Jillian says her biggest success has been balancing a media career and young family. She’s married with 2 daughters, Harper and Josephine.