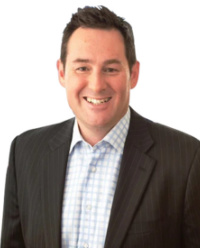 From State-of-Origin dressing rooms at Lang Park to the famous baths of Twickenham with the Wallabies, the Seven Network's award-winning sports reporter, commentator and presenter Ben Davis, has travelled the globe covering sporting events for Channel 7news and other network programs. He presented the weekend sports bulletin for Channel 7news in Brisbane and was a reporter during the week. Between 2014-2018 Ben spent some time on radio, as host of 4BC's Drive programme each weekday.

Ben began his journey in sports coverage at the Ten Network as a part-time cadet while completing a degree in Communication (Journalism) at the Queensland University of Technology. After finishing his studies late in 1995 at the age of 21, an opportunity presented itself with 7news.

Ben is a regular Master of Ceremonies for Corporate and Sporting events.