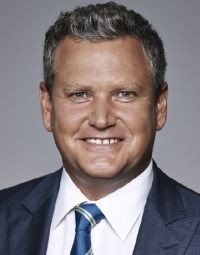 Tim Gilbert is a highly experienced sports presenter, commentator and producer who has worked on virtually all of the Nine Network’s sports productions and many other programs, since joining in 1996.

He is a presenter on the TODAY Show, reads the sport report on Nine’s news bulletins and is well known to fans of the National Rugby League as a commentator, presenter and reporter.

Over the years, Tim has done feature stories for The Cricket Show and the Footy Show, along with many other flagship sports programs and live broadcasts. Reporting for the Nine Network has taken him around Australia and around the globe with the big trip in 2012 for the London Summer Olympics.

After completing his Communications Degree at University in 1988, he worked as the Morning host at Radio 2GN in Goulburn, before returning to Sydney and Radio 2UE in 1991, then off to Nine after covering the Cricket World Cup in the Sub Continent in 1996.

Tim is a personable and experienced MC for corporate and sporting events.