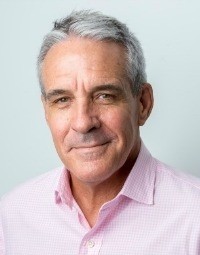 Steve Haddan is an in-demand comedian, after-dinner speaker and Master of Ceremonies. His clients all demand, and receive, the very best in quality entertainment. Steve's strengths are simple: he's good, he's funny, he shows up and he gets the job done. He knows the business and his attention to detail and love of his work has landed him work in not only Australia but Europe, the United States and all major cities of Asia.

For over 30 years Steve has been building a reputation for excellence across the widest range of talent-based skills and disciplines. As a comic satirist and performer he has forged powerful relationships with the movers and shakers of corporate Australia who’ve acknowledged his gifts and recognise Steve as the go-to man when the job has to be done properly, and with class.

His 19 years as a presenter and journalist with the Nine Network is an accomplishment of which he is immensely proud, so too his achievements as a best-selling sports writer/publisher and award winning radio host.

Steve's background provides a pointer to the range of skills he can utilise. Toowoomba born and bred, Steve graduated from the University of Queensland in 1980 with a degree in journalism, drama and Australian History and then worked with the Queensland Theatre Company as an actor, starring in major productions for two years. After his stint with the QTC, Steve made the first of several significant career shifts, beginning a four-year selling stint with Xerox, where he was one of the company's top salesmen. In 1985 he was the American Chamber of Commerce Xerox Australian Salesman of the Year.

Since 1982 Steve had moonlighted as a comedian, but things stepped up in 1985. In a series of appearances on the Ten Network's hugely popular variety show "Star Search", an earlier incarnation of the "Australian Idol" concept, Steve cloned an uncanny impression of rock guru, "Molly" Meldrum and he achieved national stardom. A run of appearances on Nine's "Hey Hey it's Saturday" and Seven's "Celebrity Family Feud" saw him utilising his amazing talents as a comic performer, and his talent for selling. Subsequently, Steve became one of the country's most sought after corporate performers, engaged by the most demanding blue chip entities.

From 1988, Steve spent a number of years in radio, as a comedy writer and on-air performer with FM 104. In 1990 came another shift. He authored and self-published "The Power's Bitter History of the New South Wales Rugby League Finals" - the first ever history of what is now the NRL. It was a runaway best seller. In 1992 he linked with the Nine Network, hosting the morning variety show "In Brisbane Today" with Fiona McDonald and in 1993 he began work as a sports presenter and journalist with Nine News.

In addition to his comedy, keynote presentations and MCing, Steve has also created a breakthrough one day training programme. His Head Heart & Body Master Class, in its first year, trained over 1200 staff at QR National, the Nine Network, Lend Lease and ANZ Private.

In the competitive and challenging world of free-to-air television it is important we continue to invest in the development of training of our team in a relevant way. Your Master Class offered insightful and meaningful real-life experiences that will provide staff with the tools needed to work through any internal and external challenges they may encounter in the future. The seminars have made the team more resilient, value teamwork, manage conflict and recognise the importance of self-care. The overall feedback from the team has been very positive.

Senior staff members at the Convention Centre described it as 'possibly the best event ever held at the Centre since it opened'. Steve, the role you played was pivotal to that and we truly appreciate you assuming that role with such professionalism and humour. You were certainly a major contributing factor to the overall success of the night.

I am writing to express my appreciation for your contribution to our National Dealer Conference. Thank you for your outstanding and polished performance. The optimism and enthusiasm you so generously gave was much appreciated. We have received a tremendous number of calls from our clients this week to express their gratitude and many were impressed with your professionalism and humour. It made the day flow very smoothly for us, you removed all the risks. It really shows what can happen when you use a professional such as yourself.