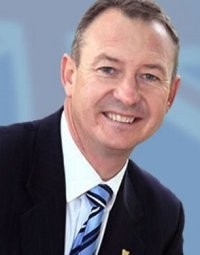 Steve Titmus is a warm, engaging and passionate communicator renowned for turning his hand to any situation as a professional Master of Ceremonies and Facilitator and is praised for making an event that extra special.

They don’t come any more qualified with Steve being a prime time newsreader and television presenter for 15 years. Steve moved to Brisbane in 2016 with his family and has been presenting Seven Queensland’s Local News. Steve has also just been engaged by Channel Seven as News Producer in Brisbane and Chief of Staff for the launch of Gold Coast News.

He specialises as Master of Ceremonies for major industry awards, corporate events, trade shows and not for profit fundraisers having worked in the past with entertainers such as Cosentino and numerous charities including the Heart Foundation and Cancer Council.

From a background as a journalist, his experience reporting on major events, sports commentating, telecast hosting and State Director of Television News has developed a well-rounded skill set to adapt to any situation with empathy and the ability to be serious and also light-hearted.

Steve is renowned for taking the time to understand your expectations and the event he is hosting or facilitating to give it the attention and focus it deserves. That has made him a sought after Master of Ceremonies for special events.

In recent years he has turned his professional skills to crisis management to resolve complex community engagement issues for major government utilities and private enterprise, presentation training, marketing and media consulting to private and public sector companies and organisations.