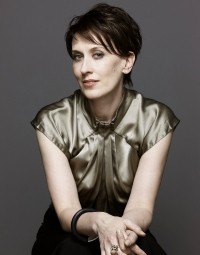 Virginia Trioli has been presenting ABC News Breakfast since its debut on ABC2 late in 2008. Virginia is the voice behind Melbourne ABC radio’s Drive, a program that is strong in news, conversations, and the issues of the day - with a healthy dose of traditional Australian larrikinism thrown in.

A two-time Walkley Award winner, Virginia joined 774 in 2001 from the Bulletin, Australia's oldest weekly news magazine. For nine years before that she was a news reporter, features writer, assistant news editor and columnist with The Age newspaper in Melbourne, establishing a reputation as a strong independent voice on politics, social issues and the arts.

An honours graduate in Fine Arts of the University of Melbourne and La Trobe University, she did post-graduate studies at New York University from 1993, 1994, while reporting from New York for The Age and occasionally ABC Radio.

Virginia is the author of 'Generation F: Sex, Power and the Young Feminist' published in 1996, a riposte to Helen Garner's 'First Stone', as well as numerous columns, articles and comment pieces published in Australia and magazines abroad.

In 1995 she won Australian journalism's highest honour, the Walkley Award, for her business reporting, and in 1999 won the Melbourne Press Club's Best Columnist award, The Quill. In 2001 she again won a Walkley Award for her interview with former Defence minister Peter Reith over the notorious Children Overboard issue.

In 2002 Virginia went to New York with ABC Radio PM’s Mark Colvin to co-host the ABC’s coverage of the first anniversary commemoration of the September 11 attack on the World Trade Centre.

Virginia is also an experienced Master of Ceremonies and Facilitator of forums and hypotheticals.