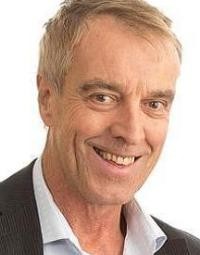 Ian Skippen brings more than 40 years of trans-media experience to the microphone, making him the perfect MC for your event.

With a background spanning print, radio, TV and online, Ian is a well-known and loved media icon on the East coast of Australia. Originally part of the legendary B105 Morning Crew, Ian also lead the Triple M breakfast show in Brisbane from 2004 to 2011. He later hosted the Breakfast show with Loretta Ryan on News Talk 4BC.

Ian's first love is not the microphone or the career that he's known for, but his love of people. Ian loves to communicate and hear the stories of real people. It's the people that keep the radio announcer active and interested. Give him a large stage and an audience and he becomes the MC the others copy.

Ian also reserves talents for television. A solid track record as host, presenter and interviewer on live and recorded programmes, has allowed him to take his sagacious demeanour and immense talents to a broad, appreciative audience. Whether it's radio, television or stage, Ian's got the flair. He is that rare commodity in the industry - a talented, fresh face with experience.