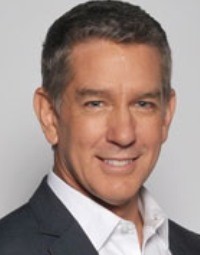 Cameron Williams is undoubtedly one of Australia’s most respected and well rounded television presenters.

Born in Emerald, Queensland, Cameron’s journalism career began in 1984 with a cadetship at the Courier Mail newspaper in Brisbane.

From there Cameron moved to The Australian newspaper where he wrote sports features and columns before joining the Seven Network in 1988.

Apart from his main role as Seven News presenter, Cameron also hosted the 11am timeslot program Sportsworld and the 1992 Barcelona Olympics where he called Matt Ryan’s equestrian double gold for Australia.

Cameron was the breakfast announcer at 2HD Newcastle before joining Channel Nine’s Today Show in January 2006.

Cameron also reported on one of Australia’s biggest national disasters being the 2010 Queensland flood crisis along with Today colleague, Karl Stefanovic.
Throughout his time at Channel Nine, Cameron was host of The Weekend Today Show and also the weekend sports anchor for National Nine News Sydney. Cameron also filled in on A Current Affair and the evening news.