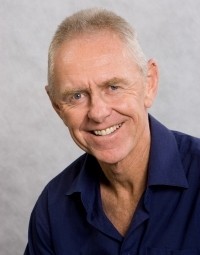 Peter Meares has been one of Queensland's leading sports commentators for the past 40 years. He is also is a popular Master of Ceremonies (MC), with many tales to tell of life in front of the cameras, and behind the scenes in the grandstand or dressing-room. He especially loves talking to youngsters about sport, journalism and the media industry.

Best known for his hosting of the immensely popular Brisbane Commonwealth Games in 1982 with the ABC, Peter has been a familiar face on television throughout Australia.

At Channel 7, Peter presented sport for 12 years, covered the Barcelona Olympics in 1992 and two Commonwealth Games, as well as calling network basketball and tennis.

With Fox Sports he called rugby, produced his own Rugby show and presented a series of 72 interviews called Superstars and Legends.

Peter has won many media awards, and was made an Advance Australia Ambassador for services to sport in 1983. He's called almost every popular sport, and a few exotic ones, like Korfball and Sepak Takraw, as well!

Peter also covered the Delhi Commonwealth Games, which were his fifth as a presenter and commentator and called Athletics and Canoeing at the London Olympics in 2012.

Peter has written six books and is currently writing his 7th, with previous titles including:
- Legends of Australian Sport – the Inside Story (UQP 2004)
- Wallaby Legends (Lothian Books 2005)
- Treading Water – the Life Story of Tracey Wickham (Random House 2010 )
- Back to the Studio (Harper Collins 2011)
- The First 100 Years – the History of the University of Queensland Rugby Club (UQP 2011)

Peter was recently the MC for our annual Symposium and I just have to say, that I have never worked with a more polite, punctual and professional person ever before. He is always willing to go over and above the call of duty and is happy to offer a helping hand. He is extremely well prepared and ensures that he delivers exactly what is needed in every instance. His friendly manner and approachable personality make him very pleasant and easy to work with. We will definitely be calling on his services again for future events.