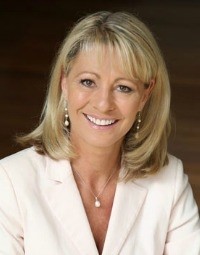 Cherylee Harris has lived most of her professional life in front of an audience. From the age of six she was modelling, as a teenager she graced the catwalks of all the major department stores and in later years she celebrated a win as Miss Beach Girl South Australia. Her charisma and likability saw Harris carve out a successful career in television spanning more than 20 years. Not fazed by the pressures of live TV, she took on major roles including Channel Seven weather presenter and host of live-to-air morning programs such as Adelaide Today, AM Adelaide and 13 years presenting SA Discover.

Guest speaking, hosting and MC work followed and Cherylee has gone on to become one of South Australia's most in-demand and engaging performers. She is well known, well liked and well connected.

Taking to the stage with then-Prime Minister Kevin Rudd for the Australia Day celebrations at the Adelaide Convention Centre in front of thousands of corporate identities was a particular career highlight.

Cherylee has also attained marketing and business qualifications, including an MBA, adding further substance and credibility to her brand. But perhaps this affable presenter’s greatest asset is her genuine warmth and love of people.

Driven by the stories of others, it’s no coincidence that this quality has shaped Cherylee into a professional host who brings insight, understanding, humour and integrity to the table.

From emceeing the star-studded wedding of the, then-Premier Mike Rann to hosting Westfield parades with fashion icons Trinny and Susannah, Cherylee Harris’s ability to engage and relate to a diverse range of audiences sets her apart from others.

The popular personality is a regular on the speaking circuit for organisations such as Tour Down Under, the Australian Hotels Association, the SA Jockey Club, SA Health, Price Waterhouse and Gerard Industries. She is also the public face for Phil Hoffmann Travel. Cherylee's business acumen and experience with a broad range of industries means she is a speaker and host who can engage on a variety of issues with confidence and credibility.

She is also in demand for  her voice over work,  television commercials, script writing and as a facilitator. She also recently stepped into the world of acting with a starring role in the recently released feature film A Second Chance.

I wanted to thank you for the fabulous networking tips that you presented to us during our Team Building Day at Warrawong Sanctuary.nnWe attended the Australian Teleservices Association (ATA) Awards Dinner on the Friday night after your presentation and I was able to utilise all of the skills that you taught us. I met so many new people and exchanged many business cards and I would not have been able to do it as successfully as I did without your help, so thank you very much.

I just wish to follow up on our event last night and thank you so much for your enlightening, relevant, professional and motivational presentation. The feedback we received was all extremely positive so I thank you once again for your fantastic contribution to the evening.