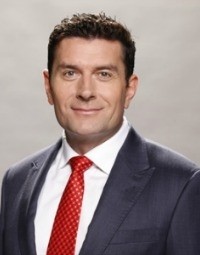 Bill McDonald is a highly respected and experienced news presenter with an extensive journalistic career across various media. With more than 26 years in the media industry, Bill is a skilled news and sport presenter, broadcaster and commentator working in television, radio, print and on-line.

Bill was born in Brisbane and began his journalism career at Queensland Newspapers in 1984.  He then moved to Radio 4BK as a news copywriter in 1986 and in 1987 he was appointed Network Ten Toowoomba's anchor, sports editor and reporter.

For a decade from 1986, Bill worked for Channel Seven in Brisbane as a sportscaster and sideline AFL commentator.  He was also a features reporter for the national Sportsworld program and later became host and reporter of "The Motor Show”.

Bill became sport editor, reporter, presenter, NBL commentator and AFL boundary rider for Network Ten when he joined the station in 1996. During that time he also fronted the national show, Sports Tonight as well as national news bulletins.  His Sports Tonight coverage included commentary on the Manchester Commonwealth Games in 2002 and Bill was also part of the Sydney Olympics presentation team.

Bill became Network Ten Brisbane’s main news presenter in 2004 and held that role until the end of 2012 before moving to Channel Seven Brisbane to become the weekday news presenter.  Bill finished this role in early 2018 to concentrate on other things including more sport work.

Bill is also a very experienced and sought after emcee. He has been hosting functions for a variety of charities including The Salvation Army Red Shield Appeal Breakfast Launch for ten years, corporate events, and is renowned for his warm, friendly and professional approach.