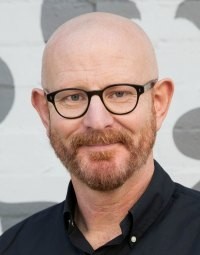 Peter Berner is the host of the satirical news program The BTeam on SKY news Australia and is without doubt one of Australia’s most popular and respected radio and TV presenters, MCs and comics. His intelligent humour has set him apart as one performer who can comfortably combine comedy styles as disparate as satire, observational and reactive with ease — leaving corporate audiences in hysterics.

Peter emerged as a major television talent with the 1999 creation of ABC TV’s BackBerner, his satirical comedy for which he received 2 Logie nominations. He then went on to host his own radio show on Triple M, was a popular voice on Sydney’s 2UE and 702 and hosted ABC’s Einstein Factor for 5 years until 2009.

Pete has appeared and performed as a headline act at major comedy venues all around the world. His successful solo shows have received rave reviews and award nominations from some of the biggest comedy festivals. An outstanding corporate performer, Pete has worked with hundreds of Australia’s leading organisations as diverse as Toyota, NAB, Microsoft, Ernst & Young and the Prime Minister and Cabinet.

For the record, that's the first time I've heard an AWARD audience listen to an MC in 28 years. Let alone laugh!

Thoughtful, sophisticated, intelligent and extremely funny. What more could you ask for from a professional Master of Ceremonies? Peter Berner, in financial speak, is five stars, triple A and highly recommended!

Peter was absolutely what we wanted; very capable and very funny, as we knew he would be.