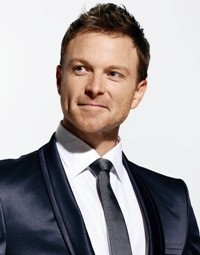 Tim Campbell is a natural all round entertainer. He sings, acts and hosts with an easy knock-about warmth and infectious style.

Tim is most well known on Australian TV in the role of 'Dan Baker' on Seven's Home & Away and most recently as 'Tom Parker' on Channel 9's Logie winning drama House Husbands. Previous to this, he also starred in Big Sky (Ten) and Snobs (Nine), Dead Gorgeous (ABC), plus guest roles in Wildside (ABC), Sea Patrol (Nine), White Collar Blue (Ten), Always Greener (Seven), McLeods Daughters (Nine), Police Rescue (ABC), Water Rats (Nine) and Australians At War (ABC). He also appeared in the American series of Beast Master and The Lost World and in US movies Dynasty Behind The Scenes and The Great Raid with Benjamin Bratt and Joseph Fiennes.

As a singer, Tim has performed in various productions around Australia, Asia and the Middle East, including his memorable appearances at Carols In The Domain, Perth Telethon and The Good Friday Appeal for Channel Seven and Carols By Candlelight for Channel Nine.

On the corporate scene, Tim has kept audiences entertained and clients more than satisfied including Toyota, Westfield, Nestle, Volvo, KPMG, Crown Casino Australia, Coca-Cola, Aussie Home Loans, Youth Olympics Committee, Heloise Waislitz, Racing Victoria and many more. Be it as an Emcee, featured vocalist or with his band The Tim Campbell Band, Tim leaves his audience excited whilst successfully delivering a client's brief.

After hotfooting it on Dancing with the Stars in 2007, beaten by the beautiful Kate Ceberano, Tim hosted Seven's game show series, National Bingo Night and travel series Discover Tasmania. After making the switch to the Nine Network, Tim was host of The Million Dollar Wheel of Fortune, and more recently was brilliant fronting The Celebrity Singing Bee.

Not content with all his TV and live performance work, Tim ventured into the world of musical theatre in late 2007, playing the role of 'Roger' in the musical RENT and in 2008 moved to Melbourne to take the lead role of 'Johnny O'Keefe' in the reprised musical of SHOUT! THE LEGEND OF THE WILD ONE, playing at Melbourne's State Theatre and Sydney's Lyric Theatre.

In 2009, Tim signed with The Production Company for their musical The Boyfriend, starring alongside Rhonda Burchmore as 'Bobby Van Husen'. In 2010, Tim moved into The Capitol Theatre to join the Sydney cast of WICKED, including Bert Newton and Maggie Kirkpatrick, to play the love interest of the two witches, 'Fiyero'.

From TV drama, to stage, to hosting national network television, Tim continues to entertain and excite audiences across the nation. He looks forward to helping be a part of your next successful event.