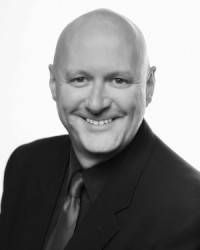 Tim Stackpool is a highly sought-after Master of Ceremonies for both corporate and public events. He is an Australian born TV and radio professional, with a CV that boasts reporting for CBS in New York, CBC in Canada, Real Radio in the UK and RTE in Ireland.

Tim was once the Chief Australian correspondent for the Canadian Economic Press. Currently, he is the regular consumer technology reporter for the Steve Price radio program on the Macquarie Media Network heard across Australia. He is also a long-time technology contributor to various specialty publications such as Australian Executive PA Magazine, Chief of Staff Magazine and AV, the magazine for the audio-visual professional. As such, he is a capable facilitator of discussions on a wide range of subjects, as well as being a proven and experienced public speaker. Tim is also a popular Australian narrator for Audible, Amazon's talking book platform.

Tim is based in Sydney and has been engaged to undertake duties across Australia as well as in New Zealand, Singapore, Malaysia, Hong Kong, Dubai, Saudi Arabia, Holland, UK, Canada, Las Vegas and Honolulu for various clients and conferences.

Tim regularly MC's major international sporting events, such as the Sydney International Tennis tournament in Australia and the ATP Champions Down Under Tour. He has introduced and undertaken courtside interviews with players such as Serena Williams, John McEnroe, Pat Rafter, Goran Ivanisovic and many more. When Jessica Watson returned to Australia after her epic solo sail around the world, Tim provided live announcements to the audience gathered to greet her at the Sydney Opera House. Tim also facilitated the subsequent international press conference and Jessica's later public appearances across Australia.

Tim's compelling presence and sophisticated delivery ensures no message or introduction is missed by the audience, while never upstaging the main attraction. He is also available to facilitate local events, having provided MC services for various awards ceremonies, as well as the municipal Footsteps Eco Festival, The Sustainable Energy Forum, The Sustainable Transport Forum, Earthbeat World Music Festival, Jazz In The Park, and the popular Glebe Street Fair visited by more than 100,000 people.

Tim, congratulations on a great job with the Strictly Sail project at the Sydney International Boat Show. Your professionalism and personality have inspired us to further develop this project. You have shown us how we can improve our event and we are keen to work with you in our planning for next year. Keep your diary free - you are now officially part of our Boat Show family. No excuses, you have to be there.

Tim, your personality adds tremendous energy to the night & to your role as the master of ceremonies at our Annual Fundraising Ball. Thanks for your time, expertise & skills which contribute the ongoing success of our work.

The fact that you worked with a script you only received on the day and were expected to largely fly by the seat of your pants with celebrity players walking to centre-wicket and keep the crowd amused all at once is testimony to your confidence, ability and intelligence. It was a pleasure working with someone so competent.