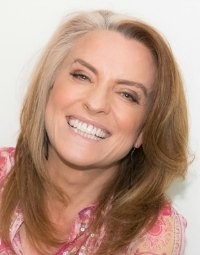 Gretel Killeen started her career in media and the arts after dropping out of law studies and accidentally performing comedy while reading a serious poem.

Since then she’s appeared on and hosted radio and television shows across the nation, written several best-selling novels, been a leading voice artist, hosted Logie award winning TV, won a Mo Award for her comedy, directed a documentary on AIDS orphans in Zambia, entertained Australian troops around the world, written as a travel writer in Antarctica, Turkey and Namibia, performed as an actor on stage and screen, and written/ filmed and been a spokesperson for humanitarian organisations both nationally and internationally for more than twenty years.

Gretel is a humourist and social /political commentator and is currently working on her latest novel which just might be a bit fab.