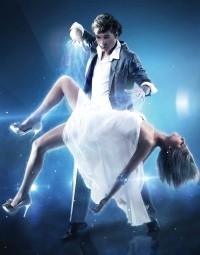 Prepare yourselves for a roller coaster ride that reaches beyond your imagination with one of Australia's most dynamic and talented illusionists, Adam & Selina.

Together they have mesmerised millions of people around the world with their dynamic, powerful and riveting magic and spectacular grand illusions. The brother and sister illusionist duo weave a rich fabric of riveting magic, entertainment and theatrical concert style production in a modern and fresh style that creates a visual feast for the eyes!

With Adam & Selina's incredible passion, youth and high energy spirit, the brother and sister duo continue to push the boundaries with a 'you can achieve anything you put you mind to' attitude that has lead them to perform at some of the most high-end profile corporate events with raving reviews for their world class performances and productions.

They blend a great mix of humour, wit, skill comedy and theatrics into their performances that is all enhanced by state-of-the-art theatrical lighting and sound that leave audiences with an experience that they will
remember for the rest of their lives!

It is this hard-work, passion and endless well of inspiration, determination and personal belief that has made Adam & Selina one of the most inspiring, exciting, powerful and lethal combinations in the magic scene today. Adam & Selina are more than just illusionists . . . they are pure entertainment!

Selina is the younger sister, and has been involved in magic since she was 6 years old. With little or no choice from her brother, she found herself being put into boxes, dodging spikes, levitating in the air and being sliced in half ever since - and has never turned back.

Selina has a multitude of talents and interests which range from extreme sports to hip-hop dancing, drama, art and not to mention a state athletic champion. Her skill sets and interests are all major factors that influence the make up of Selina's amazing personal style, character and on-stage persona. It is this wealth of external inspiration, magical knowledge and experience that propelled her from being the ordinary stereotypical “assistant” to an “illusionist” with skills and beauty unmatched by any female illusionist in the world today!

Adam, the older brother, has had a dream of becoming an illusionist since he was just 8 years old. At the age of 10, Adam received his first professional payment of $5 – the dream career had launched! Between the age of 15 – 18, he has been awarded 2007 Australian Close-up Champion (3rd Prize Winner), 2008
'Magic Slam' Champion Judges Award, 2008 'Magic Slam' Champion Audience Award, 2008 – 2010 'Magician Of The Year Champion' and more recently becoming the Australia’s Got Talent 4th Place Grand Finalist (2010).

Adam has shared his magic all over the world performing shows in USA – including Las Vegas, Canada, Asia and Europe. His career began with performances at private functions & corporate events and then set sights on luxury cruise ships.

His decision was to invest everything into 'Adam & Selina's' touring theatre illusion show. This was to include their own theatrical lighting system, staging, rigging and spectacular never-before-seen grand illusions, ranging from slicing in half illusions, levitations, teleportations and death-defying escapes.

It is his 16 years of experience that has propelled him to becoming one of the fastest rising stars in the world of magic and is considered by many as one of the worlds top illusionists. He is now also the founder, director and executive producer of his own production company and currently owns the largest touring illusion show in Australia! and one more thing – he's 24.

Absolutely fantastic. The illusions, and amazing cutlery bending had myself and many other staff mesmerised. I watched as a number of people marvelled at their work! I would recommend them to any corporate event/function!

It was FANTASTIC. It was such a hit with all the guests ... they loved them.