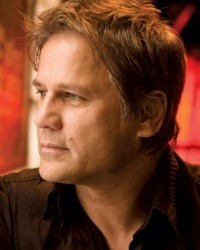 Jon Stevens is most recognised for his work as the lead singer of Australian band Noiseworks, who had 4 Australian Top 10 albums.  Jon also fronted Australian rock band INXS after the death of its lead singer Michael Hutchence and was part of two Australian productions of Jesus Christ Superstar, playing Judas on both occasions, to high acclaim.

Jon has led a varied and remarkable career, standing strong through the successes and trials that have earned him a place as a respected performer. Through his solid studio recordings and incredible live performances, Jon has proven himself to be an adaptable, hard-working and inspiring artist. He has walked the boards of the world’s most prestigious stages and enjoyed the opportunity to work alongside the world’s best.

In late 2009, he had a near death experience, which caused him to take stock and reassess his life and career. In true Jon Stevens style, he was soon back on the road and in the recording studio.

Jon's remarkable career has inspired many and been enjoyed by millions across the world. He continues to record and to tour the country.