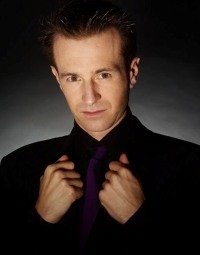 Bill Wheeler’s comedy hypnosis show, can only be described in one word, Mesmerising. With his performance as a hypnotist being both dynamic and electrifying, Bill combines the mystic art of hypnosis with a natural comedic flair, to produce an innovative stage production for audiences of all ages.

His on-stage volunteers become the stars of the show, as Bill takes them deep down into a hypnotic trance, enabling them the opportunity to experience heightened creativity, increased relaxation and sharpened mental empowerment, all to the unending delight of audiences.

It is with his participants in this hypnotised state, that Bill builds his enormously entertaining performance, delighting participants and audience members alike together with his fast-paced wit in a superb, unforgettable one of a kind performance. Each participant will react differently to the suggestions offered, so no two shows are ever alike! Because of this unique factor, Bill is able to personalise the performance to fit any club or corporate function. Show can be tailored anywhere from 45 to 120 minutes.

Bill's popularity as a corporate entertainer over the last 10 years has seen him work with 100’s of companies such as Coca Cola, Microsoft, Qantas, Flight Centre, Hewlett Packard and a headline entertainer on the Carnival & Royal Carribean Cruiseships, just to name a few, so you can be assured that the performance will be not only be professional and hilarious but content appropriate for your audience.

Both participants and audience are guaranteed to come out of Bill’s show feeling more energised, alive and full of life than when they walked in. If you’re looking for a show that your audience will be talking about for months, then look no further than the hypnotic genius of Bill Wheeler.

Bill performed at our awards night and really topped off the evening for the team. Through the hypnotism of some of the team, Bill really drew in the audience and the entire room was captivated. The night was hilarious, with some people complaining the next day of sore stomachs from laughing too much. Bill's performance was at all times very professional and politically correct, while still being incredibly amusing and entertaining.Thanks Bill!

Just wanted to say thanks for a fabulous performance at our sales and marketing conference last week. It really was fantastic and had everyone enthralled by the performance. It really is amazing how hypnosis works and the effect it has on people, something that has to be seen to be believed. The response I have received so far from those who attended the conference has been great and many say it was the highlight of the night. I don't think I've laughed so much in ages, it was hilarious. I would recommend you to anyway who is looking for a night full of laughs and some fun entertainment at their next event.

Bill performed his show whilst on board the Pacific Sun. His shows were very well received throughout the cruise. Bill's show caters to all demographics and we would be pleased to have him again onboard our ships in the future. Passenger comments regarding Bill's show were very positive.