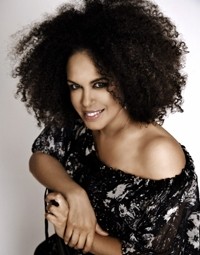 Soul Diva, Christine Anu is arguably Australia’s most successful female indigenous entertainer and one of the nation’s most popular recording artistes, backed by an award-winning repertoire spanning across music, theatre, dance, film, television and children’s entertainment.

Christine is also an exceptional public speaker with an incredible ability to inspire from the heart and motivate people of all ages and from all walks of life. Christine shares stories from her humble beginnings in the Torres Strait Islands, on cultural hardship and family, as well as the twists and turns of a career that spans across music, theatre, dance, film, television and children’s entertainment. Christine resonates with people and provides a real community focus while delivering key messages in all kinds of arenas and platforms—charity, community, cultural, education, entertainment and politics.

Away from the recording studio, Christine has carved out a notable stage, TV and film career with a staple of widely acclaimed appearances and production headliners including The Sapphires, Little Shop Of Horrors, Dating The Enemy, Matrix Reloaded, Moulin Rouge, Wildside, East West 101, The Alice, Play School, Rainbow End and RENT.

Christine has toured Australiamany times over in a variety of configurations—solo, duet,music and art festivals,musicals and concept tours. She has also taken her performances across the globe, to destinations as varied as, New York, Los Angeles, London,Germany, Bahrain, PapuaNewGuinea and the Pacific Islands.

Christine’s audience ranges from world leaders to royalty, from famous celebrities to the sick and the homeless, both in Australia and internationally.

Christine is one of Australia’s most in-demand corporate performers, entertaining the likes of IBM, BHP, The Australian Government, ANZ Bank, Coke, Qantas and many other large Australian and multinational corporate organisations.

Christine lends her support to a number of worthy causes and charitable organisations, and is actively involved in fundraising, campaigning and public relations, to ensure the expansion and continuity of their charitable work in the community.

Christine is currently the Patron for Buk bilong Pikinini (Papua New Guinea) and an Ambassador for the Make A Wish Foundation (Queensland). Christine is also a  committed supporter of the Oasis Foundation, Unity Foundation, Catherine Freeman Foundation, Mater Foundation and Diabetes Australia.