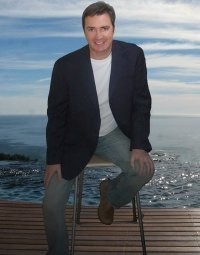 Vinny has worked full time in the entertainment industry for over 20 years and is accomplished as a vocalist, keyboard player and percussionist. His experience is broad including, World EXPO contracts, Award Winning bands (3 x 1st place Academy of Music Honours) and working 4 years in comedy music acts throughout the UK.

He is also one half of the acclaimed music comedy act The Swingin Martinis. With this successful show he has performed throughout Australia, Hong Kong, New Zealand and Fiji, with distinguished clientele and companies including, Sir Richard Branson, Premier Peter Beattie, Mercedes Benz, Qantas, Sheraton Resorts, American Express and the Hilton chain to name a few.

In order to replicate the true feel and energy of the various cover songs performed, Vinny plays Keyboard along with quality backing track accompaniment.